NWT Women in Mining – a new chapter for the minerals industry!

The Northwest Territories Women in Mining chapter was launched at the 2019 Yellowknife Geoscience Forum.

NWT Industry, Tourism and Investment Minister Katrina Nokleby, an engineer and advocate for advancing women, and ITI Assistant Deputy Minister for Mineral and Petroleum Resources Pamela Strand, a geologist with a history in mining, were among those at the launch.

“There is a mantra in the science, technology, engineering, and mathematics (STEM) program that says you can’t be what you can’t see. You can’t expect young girls to envision themselves working in male dominated fields if they don’t have the example and mentors to look up to, to emulate and follow,” said NWT Industry, Tourism and Investment Minister Katrina Nokleby.

Among the NWT chapter’s objectives – increase representation of women in the industry at all levels. Currently, the NWT mines employ approximately 400 women or 15% per cent of their total workforce of about 2,900. According to the Mining Industry Human Resources Council’s 2020 Canadian Mining Labour Market Outlook, women accounted for 15% of Canada’s mining labour force in 2018.

Women in Mining Canada is a not-for-profit organization formed in 2009 focused on advancing the interests of women in the minerals exploration and mining sector. Rio Tinto Diavik, Dominion Diamond Mines, De Beers Group, and the Government of the Northwest Territories, partnered to establish the NWT chapter. 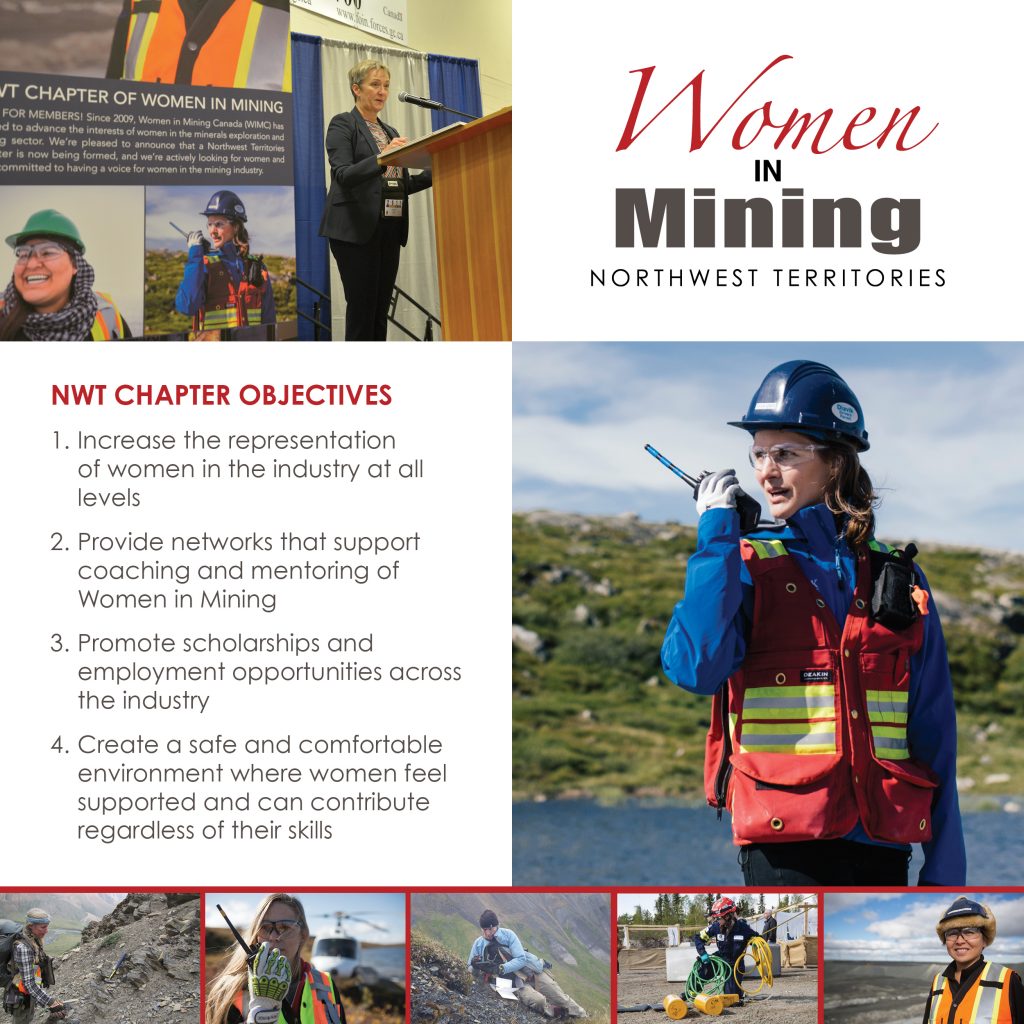