Nunavut Mining Week – mineral resources a part of territory’s past, present… and future

Nunavut has a rich history of exploration and mining. Modern mining commenced in the territory with the Rankin Inlet nickel mine which began production in 1957. Since then, several mines have been built, and today, Nunavut boasts four operating mines, three gold and one iron. To commemorate its minerals industry, Nunavut Mining Week occurs September 18-25, 2022. 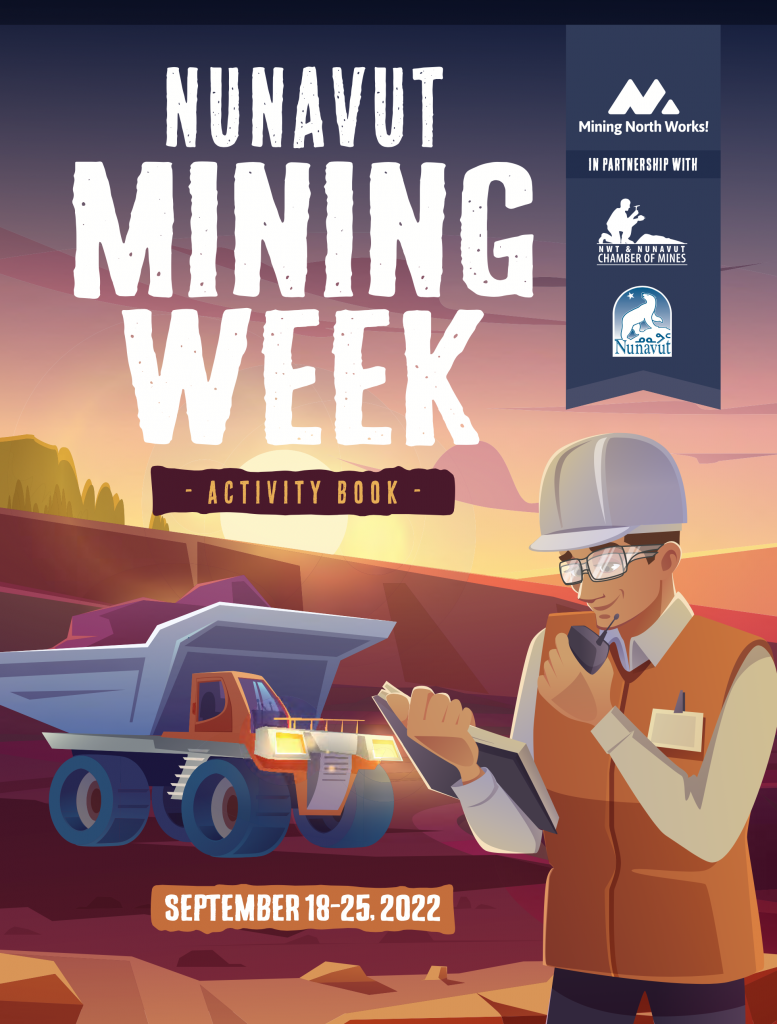 We’ve updated this year’s edition of our activity booklet!

The 2022 edition is available to download here: Nunavut Activity Book

Lots of fun and interesting activities for children and youth too!

During Mining Week 2022, download and print and complete as many activities and questions as you can. Then scan or take picture and email to generalmanagernu@miningnorth.com. For a chance to win a prize pack, e-mail your work by Friday, September 23.

Click on these links for more details about Nunavut’s mineral resources industry.

Over the past decade, Nunavut’s mineral resources industry has experienced a resurgence. Nunavut currently has four operating mines making the mineral resources industry the largest private sector part of the territory’s economy. The value of the territory’s mineral production has grown to $1.3 billion in 2019 from zero production in 2009. With this growth, employment and business benefits have been created for Nunavummiut.